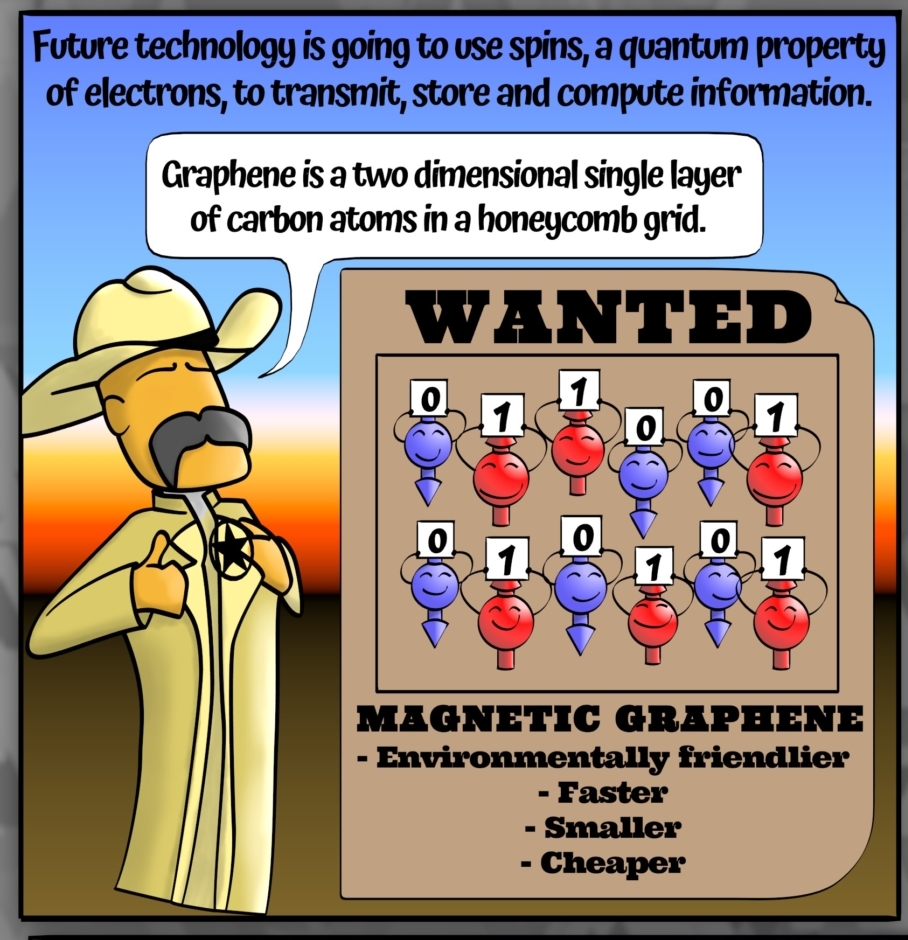 Welcome to the cartoon world of SPRING!

You can get a quick glimpse of what we do in a fun and entertaining way by reading through our pamphlet. We put a lot of effort into displaying the initial idea, the mission, the used techniques and futuristic vision of SPRING into this fun document to break down the complex science behind our project.

Be entertained and learn!

Try our Nanotechnology Quiz and find out what your level of knowledge is when it comes to the nature of particles that make up matter and the forces which they interact with!

How the most powerful microscope in the world ended up in Spain!

In the 80s, the Civil guard stopped 3 men who carried a strange device in their trunk. Cables and parts that made the agents suspicious. However, these men carried the most powerful microscope in the world, capable of seeing atoms.

Here is there story, in spanish… 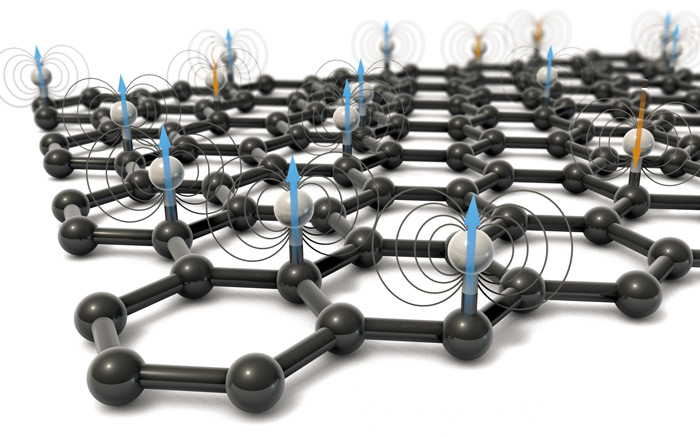 The fundamental laws of graphene

As the name suggests, spin can be loosely understood as the rotation of a fundamental particle of matter around itself. For instance, every electron in any material carries both a charge and a spin, the latter playing a key role in magnetism.

Within the scientific community there is consensus that spin is the ideal property of matter to expand the performance of current charge-based nanoelectronics into a class of faster and more power-efficient components, being the basis for the emerging technology called quantum spintronics. The SPRING project will investigate the fundamental laws for creating and detecting spins in graphene, this is to read and write spins, and using them to transmit information.

The game changer: Graphene and hydrogen, the magnetic team!

Graphene has a long list of superior properties which could change industries in the long run. In combination with gases and metals, graphene holds unlimited potential for future inventions.

Researchers can even make graphene magnetic and that is by simply adding single hydrogen atoms. With its impressive adsorption abilities and using scanning tunneling microscopy to detect the effect, magnetism is yet another impressive property of graphene to be added.

What is graphene? Graphene is an extremely exciting and delicate material, no thicker than one atom and at the same time astonishing strong. As an excellent conductor of heat and electricity it adds high value to research on improved solutions for batteries, computer chips, solar cells, spintronics-related products, etc.

Graphene nanoribbons (GNRs), are strips of graphene with ultra-thin width (<50 nm). Graphene ribbons, introduced as a theoretical model by Mitsutaka Fujita and coauthors to examine the edge and nanoscale size effect in graphene, have emerged as a promising material for nanoelectronics, as they combine many of the extraordinary properties of graphene with a high tunability of their electronic band structure.